Responding to the suggestion of animating the tentacles in my level, I have been working in Maya to produce a sort of inhale exhale animation. I kept it simple, selecting the desired faces of my model and expanding them  where required. The animation itself is subtle but I believe if I could get it to work in Unity it would really bring my organic UFO to life. Unfortunately I am still having trouble with the animation. I have tried baking the animation, even though this should not required with key frame animations as far as I am aware. The animation is attaching itself to the UFO asset but does not work in the game. I have referred back to our Maya tutor Matt's tutorial on our Moodle page yet have still had no success. According to the tutorial everything that is required appears to have been imported in to Unity, so my theory is that a simple command is possibly unchecked. Until I discuss the problem with Matt, here is a playblast of one of the tentacles in Maya:
Another experiment I attempted which proved too ambitious was to produce a custom skybox. An earlier experiment of placing a forest of pine trees outside the crater caused the game to rapidly drop frame rate and crash. Although I tried to be efficient with my models using one sided leaf planes with the appropriate shader, the sheer amount of individual meshes causes lag. To tackle this, I wanted to refer back to my original piece of concept art which showed a moody green fog creeping through the small number of trees in the image. Even after applying heavy green fog in the render settings, there was no blocking out the overcast skybox. Doing quick research I gathered that a sky box (like a regular cube) consists of four even sides. Launching in to the process, I created a seamless image to be broken to in to 6 images all 512 by 512 pixels (the size shown on the screenshots of a webpage). I manipulated a sky texture, blurring it heavily and colorising to create this green mist illusion. The textures in Unity then have to be set to 'clamped' instead of tiled, which I assume is to make them function as single materials when applied to an object as oppose to repeating textures. The custom skybox is created by placing a material with the skybox shader set. This shader requires you to place the 6 images in the correct order. Here is the image which resulted in my 6 individual textures: 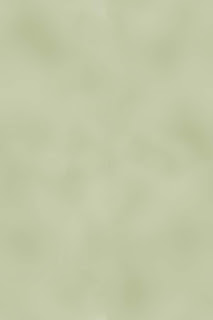 As much as I tried to visualise how these images would slot together I couldn't get a seamless skybox. After some time trying to locate the problem, I realised that for the box to slot together seamlessly some sides would obviously need to be rotated. Perhaps if I had of began the process with the cube in mind, I could have laid my textures out in a box net for better visualisation. as I had already spent a considerable amount of time trying to create the skybox, I decided I would apply just one seamless texture to all of the 6 sides. Reflecting on the process, it seems like such an obvious mistake and now I understand the concept of the skybox, I would definitely be interested in returning to making my own custom one. For the purpose of creating a green haze however, I created this seamless image: 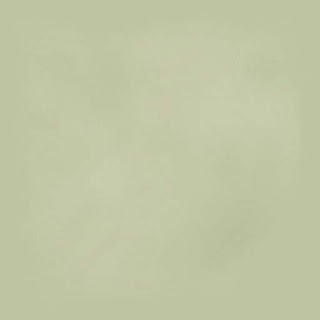 I combined this a fog and a subtle green ambient light to get around the issue of the trees, whilst adding to the mood of the scene. I believe that there is now an illusion of thick mist past the first line of trees. This justifies the absence of a full forest stretching into the distance.

Even with the heavy green mist, I am still staying of clear of my level fitting the horror genre. The fallen carrier is still a dying beast, therefore the birds in the distance are not disturbed by its presence. The two dimensional sound of birds chirping enforces this. There is still a sense of tranquility allowing the player to reflect the crash site and explore the surroundings. To add a sense interaction which really brings the player in to the virtual space, a squelching sound is triggered when the controller passes over each tentacle. This Unity level shows the stage which I am currently at with my level: