The first announcement which excites me is that this movie will be Tarantino's first proper western. He claims that he has always been inspired by the spaghetti western genre, particularly the Dollars trilogy, and he has already attempted to pay homage to this style with previous films. 'Kill Bill' was supposed to have had a western feel to it, and 'Inglorious Basterds' attempted to pay homage to the style of Sergio Leone. There is also some interesting trivia behind the film. DiCaprio was originally cast to play the role of 'Hans Landa' in 'Inglorious'. He was dropped however and Tarantino was concerned that the role was unplayable until he came across Christoph Waltz, who ultimately filled the part. Now the two will feature in this latest venture by Tarantino.

I do believe DiCaprio has given some very powerful performances as of late. The characters he portrayed in both 'Inception' and 'Shutter Island' were very engaging and well crafted. It seems he fits the role of a flawed protagonist with a grizzly past well. It will be interesting to see how he approaches playing the sadistic villain Calvin Candie, and alternatively how Waltz will approache the role of the protagonist's helper in comparison to his twisted role as 'The Jew Hunter'.

I look forwards to seeing Tarantino's likely unorthodox take on slavery in the deep south. I'm sure it will be edgy, off the wall and largely historically inaccurate, very much like 'Inglorious.' 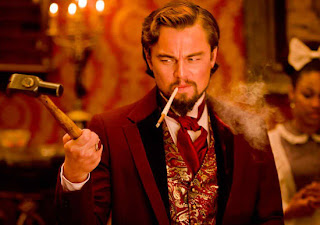 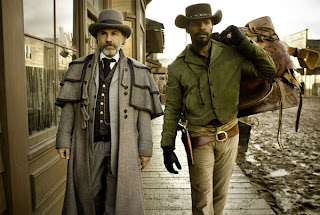