Visual Communication: 'The Rhetoric of the Image.'

We recently were given a lecture on visual communication. In my opinion this was a very different yet interesting presentation, where instead of being presented with lots written information, there was more discussion considering particular images and their possible meanings.


We were introduced to the french theorist Roland Barthes, as he studied whether images contained messages. When we look at an image, it can be analyzed on two levels. When we talk about the 'denotations,' we are referring to the literal qualities of the image. What exactly is in the frame? What does the heading read? The 'connotations,' are the deeper messages being conveyed. What is the composition trying to tell us about the product? What are the rhetorics of the image? The 'sign' is what is there, and the 'signifiers' contain the meaning.


We were shown this image of American president Barrack Obama: 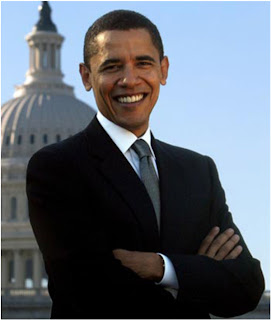 If we consider the  connotations we have the president wearing a suit, standing confidently in front of a tall building. Breaking down the image further, the building in the backdrop actually reflects classicism. This is an architectural approach inspired by the classical buildings of the Greeks and the Ancient Romans. The building connotes two thing, power and democracy. The Romans where known for their powerful empire and democracy emerged from greek politics. The Greeks believed in their laws being decided by a committee, and the classical building symbolizes this. We can tell that this building is inspired by classicism for a few reasons. Firstly, there is a large dome structure which derives from Roman architecture. Pillars were also common in both Roman and Greek architecture.
Another famous building reflecting classicism is the Reichstag, which was famously occupied by the Nazi party. The building was likely chosen as a result of its connotations of power. The building contains an large dome and portico, reflecting Ancient Roman buildings. To eliminate the Nazi connotations, environmental artists Christo and Jeanne-Claude wrapped the building in silk. To me silk connotes grace and elegance, portraying the building in a more positive light.
The theorist Rudolf Wittkower wrote a collection of essays that focused on how different cultures adopt images and communicate them in different ways. The example that our lecturer shared was the use of a dragon in both a 'World of Warcraft' piece of artwork and also in the Welsh flag. The dragon is a very powerful and recognisable piece of imagery. The game artwork reflected fantasy and a sense of scope and narrative. Although people who play the game most likely will read the image differently to someone who knows nothing about the narrative of the role playing game, generally we can tell the image suggests a fictional story. The dragon on the welsh flag is used more like a national emblem. The dragon used on the flag is presented very flat and two dimensional. We can image this dragon being presented on a flag of on a coat of arms. For this reason, it bears a very traditional celtic feel. 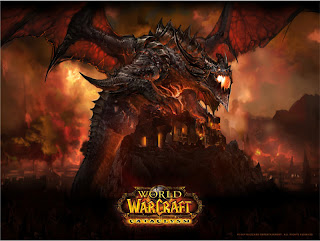 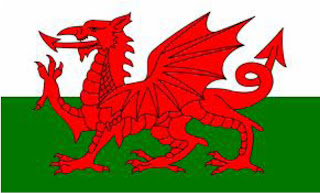 There are also further aspects of understanding an image to be considered. Barthes raised a number of interesting arguments. He posed the question whether the author places the messages within an image to be decoded, or whether we who look at the image carry baggage from our experiences that result in how we understand it. Images also contain values and believes of the societies which we live in, meaning understanding may vary among different societies and cultures. In this sense, the media we create is an expression of our cultural surroundings, not of ourselves. By considering this, we can try and understand how the messages we try and place in our work could be interpreted and decoded differently. One could argue this gives evidence supporting the importance of a focused target audience. Whereas a piece of media may visually engage one audience of a particular cultural upbringing, the same piece of media may alienate another. Although we have enrolled in a creative course, the film game and animation industry is a commercial industry. For this reason, it is helpful be aware of Barthes' theories on visual communication.
Posted by Andy Bailey DFGA at 12:21